The Next Big Thing - Work in Progress 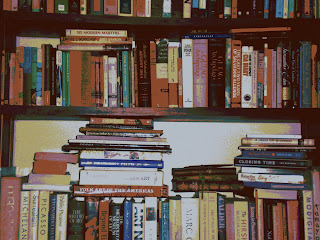 I was tagged in a chain blog called "The Next Big Thing - Work in Progress." It gives blog readers a bit of a glimpse into the writer's world and the upcoming novel/collection/book that writer is working on.

She was tagged by TS Gwilliams.

I've linked their blogs, and at the end of the post I'll link the blogs of the two writers I've tagged. So, here we go:

1. What is the working title of your next book? Walking Spanish

2. Where did the idea come from for the book? Midway through writing my first novel, INK, I took a break and wrote a novella that centered on a young Mexican-American woman in Philadelphia who was grappling with two horrifying things at once: one, that her brother — an undocumented immigrant — disappeared off a train platform as he was on his way to work. The other, that a childhood monster from Mexican tradition was alive and preying on people in the protagonist's city.... The narrative got me thinking about the way those of us who immigrate from elsewhere bring our monsters over the borders with us. What happens to them?  Do they prey only on those who know their stories? Do they want to slip their stories as they slip the border?  Do they *gasp* become acculturated? So I decided to write a series of linked stories exploring just that.

3. What genre does your book fall under? I write across genres, but I think dark fantasy or magical realism are probably the easiest fit for most of my work.

4. What actors would you choose to play the part of your characters in a movie rendition?  Since it is a collection of linked stories it is tough to say. But I write Latino protagonists and characters in a fairly wide range of ages .... I quite like Rachel Ticotin for the sexy older protagonist of “The Emporium of Crossings;” Elpidia Carrillo for the artist-witch in “Bad Blood;” and Tyler Posey as the young lead in “With Syringe and Four Reales.” Edgar Ramirez and Gina Rodriguez would be a pretty terrific pairing as Elvis and Kat in "69th Street" (the novella that started it all). There's more, of course. Like, who would I cast as El Cucuy? Or, La Siguanaba? Lots of fun to be had casting monsters. ;)

5. What is the one-sentence synopsis of your book? Do monsters cross borders with the immigrants who believe in them?

6. Will your book be self-published or represented by an agency? I’ll probably shop it around when it’s a little closer to finished. Story collections are a tough sell, I’m told. But there are some amazing small presses out there, so maybe one of them will be interested.

7. How long did/will it take you to write the first draft of the manuscript? I’m a slow writer, so if I finish a first draft by this winter I’ll be really pleased.

8. What other books would you compare this story to within your genre? That’s the thing about genre-hopping, it doesn’t really give you an easy basis for comparison. Maybe if you took the stories of Augusto Monterroso, Angela Carter, Geoff Ryman, Ana Castillo and Demetria Martinez and put them in a blender together ....

9. Who or what inspired you to write this book? The folktales of Guatemala and Mexico are, of course, my first inspiration for these stories. But it’s also a book of stories about immigrants. So the experiences of my parents, my family, my friends and some of the people I’ve interviewed in my newspaper work all inform the narratives in both big and small ways.

10.What else about the book might pique the reader's interest? There's creepy, grotesque, sexy and bittersweet in this book. And lots and lots of teeth.

I'm tagging Shay Darrach to post on May 2. I think Shay's a wonderful storyteller with a distinctive voice and beautifully textured prose. Also just a really fine human being. (Fun to hang out with at Arisia, too.) I have it on good authority that one of Shay's upcoming publications is a truly award-worthy piece of short fiction. I can't wait to read about it and his other writing projects.

I'm tagging Kay Holt to post on May 9. I fell in love with Kay's characters in the short story "Parent Hack" in Crossed Genres' anthology Subversion, and later found out it was part of a novel in progress. Like Shay, Kay is a sweetheart. But she's also a terrific editor and publisher and writer. When I was studying fiction with Allan Gurganus, one of the pieces of advice he gave us was: honor everyone in your story. It turns out to be a horribly difficult thing to do, and some writers don't even try. But that is one of the salient features in Kay's work — she honors every character and so produces some of the most nuanced and deeply compassionate SFF I've read.

Be sure to check out their "Next Big Thing" blog postings, and Morgen Rich's, and come check back here and tell me what you think of all the upcoming book projects (yes, mine too)!
Posted by Unknown at 12:40 AM 6 comments:

Editor's note: this is the fourth in monthly series of guest blog posts in which emerging Latina writers talk about their work, their process and what inspires them. Sujeiry Gonzalez is a relationship expert, coach, author, and freelance writer and editor. Get relationship advice and view coaching packages on LoveSujeiry.com.

Writing is my therapy. Instead of giving thousands of dollars to a therapist to dissect my innermost fears, I lay them out on the page. This is why my writing is so raw and honest. This is why many readers of Love Trips: A Collection of Relationship Stumbles — my first published book where I reveal my relationship woes — ask me in awe, "How can you share so much?"

I do put it all out there. Read a few pages of Love Trips and you’ll learn about the bad sex that I've had, that I've willingly participated in drunk dialing sessions, and that I have severe abandonment issues stemming from my philandering, Dominican papi.

Yet, I don't ever feel exposed.

I write as if I were writing in a journal, as if the words and stories I create are just for me. I write without guilt or shame because I am not guilt-ridden or ashamed of the many mistakes that I have made and repeated. I write with candidness, openness, and humor because I am candid, open, and humorous.

My writing is an extension of me.

And so I utilize my voice, my experiences, my imagination, and my personality in my work.

It is what makes my writing mine.

It's not brain surgery. I don't have a magical writing process that leads me to create entertaining and well-received content. Although, I do have a knack for remembering the annoying details of every man I've ever dated. I am also very skilled in the art of introspection, which allows me to reflect when writing. Being introspective means that I can search within for ideas. That I can educate readers on all things relating to love, relationships, and self-awareness. Or as I often say, to be "self-first."

Much like myself, my writing has developed. Although writing is still my therapy, it has become much more than an escape from a shrink's leather couch. My purpose has evolved. My inspiration now stems from a desire to heal...others. I write to help women, if only to save them a world of heartache and thousands of dollars.

Posted by Unknown at 6:41 AM No comments: 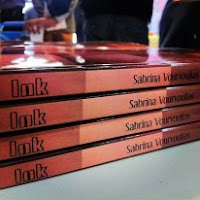 
"If Ink had been written in any language but English, it would have become a bestseller with reviews in the equivalent of the NY Times...."

Read in full by clicking here.

Talk about it with your comadres 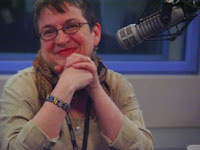 These are still radio times

I'm interviewed on the renowned Philadelphia NPR/PBS/WHYY  show Radio Times about the book I edited for Al Día, 200 Years of Latino History in Philadelphia, along with fellow guests: Erika Almirón of Juntos, and historian Victor Vasquez. Listen to the hour-long interview by clicking here.

Also from WHYY's Newsworks, Elisabeth Perez-Luna's short piece on the same subject. To hear it, click here.
Posted by Unknown at 7:04 PM No comments: