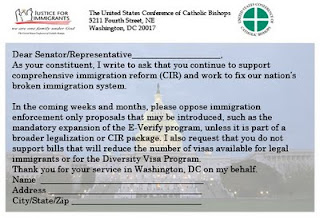 From Justice for Immigrants:

Some in Congress are now calling for the mandatory expansion of E-Verify – a largely voluntary program which allows employers to electronically verify workers’ employment eligibility with Government databases. Only 250,000 some employers use the system today; some in Congress want to make its use mandatory by all 6 million U.S. employers.

The problem is that unless E-Verify's expansion is undertaken in the context of comprehensive immigration reform, it will hurt U.S. workers and our already weakened economy. Unless Congress legalizes unauthorized immigrants, mandatory E-Verify will begin with a handicap of 8 million unauthorized workers who will be driven further into the underground economy, hurting both the U.S. economy and workers by decreasing federal tax revenue by more than $17.3 billion over ten years, creating an unequal workplace, and lowering labor standards for all workers.

And, because of well-documented flaws in the government databases upon which it relies, E-Verify does not detect over half of the undocumented workers entered in the system, yet results in false positives for hundreds of thousands of American workers.

For these reasons, we urge you to let your senators and representatives know that unless and until the E-Verify program is improved and undertaken in the context of comprehensive immigration reform, you oppose its expansion and mandatory implementation. 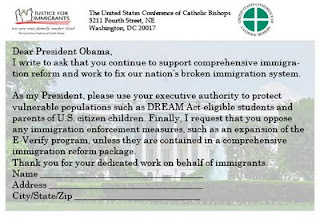