The treatment of unaccompanied minors on the border reminiscent of dystopia 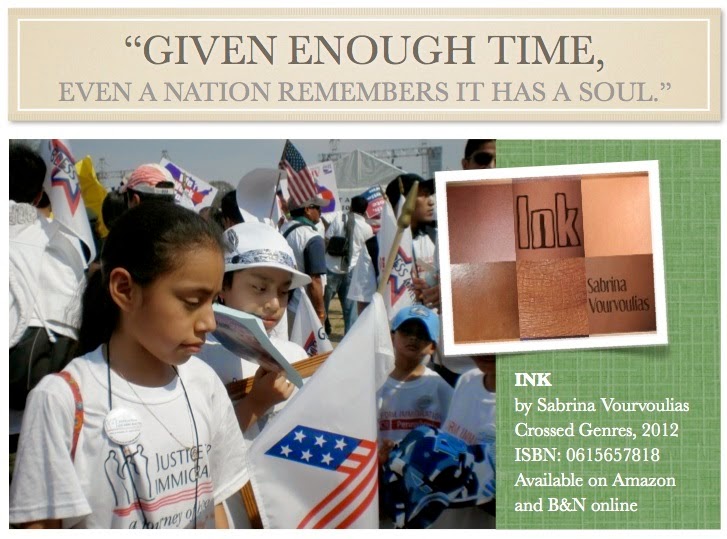 This week someone pointed out on Twitter that what is happening at our border — the characterization of children fleeing violence or hoping to be reunited with their families as security and public health threats rather than refugees; their dehumanizing detention conditions; the proposed expedited repatriation — is reminiscent of what happens in my novel, Ink.

Ink is an immigration-based dystopia. I wrote it imagining xenophobia the scale of which I thought was exaggerated, unimaginable in today's United States.

And I have watched in horror as piece by piece, bit by bit, we inch toward that unimaginable.

In my novel one of my characters paraphrases St. Augustine:


"Father Tom says Augustine had it right," says one of my characters, Mari, "that the soul takes more pleasure in what it has lost and recovered than what it has had all along. He says, given enough time, even a nation remembers it has a soul."


I am a person of faith. I believe in the soul, and the mercy and compassion it enkindles in us as individuals, as communities, as a community of communities. Perhaps we've simply forgotten, as we speak with cruelty or indifference about the fate of the children on our border, that we collectively have a soul. Perhaps we have lost what is best in each us as we dismiss or disregard the conditions of their detention, conditions we would fight tooth-and-nail to change if those detained were our own children. Perhaps what calls to be recovered is the mercy that prevents adults from preparing to send children, alone, back to horrific danger.

"Don't let the future be written for you," says another character in my novel, toward the end, after they've all suffered and sustained immeasurable losses in the struggle to keep their humanity alive and recover the soul of their dystopic America.

I love the Aloe Blacc, Alex Rivera and NDLON collaboration represented by the video that follows this post. It uses distinct signifiers — in music, in image, in activism — to write a story of human connection, of solidarity, of compassion and a future of hope ...  Life's a game made for everyone, and love is the prize.


#Not1MoreDeportation
Posted by Unknown at 4:06 PM No comments: