Beauty: The face you earn

I love the way faces age.

When looking at magazines and online lists about women celebrities who are "aging beautifully," I find myself wishing those selected would opt out of plastic surgery and let their real faces speak of the lives they've led.

Moments ago, I closed the window on another of those "beautiful after 50" posts — one that focused on Latinas, and included Charo, looking stretched, wrinkle-free and plumped by collagen, as if she'd submitted to this treatment from the movie Brazil:

I know Charo is a skilled guitarist and much smarter than her "Cuchi, Cuchi" image (imagine a Vegas-style entertainer version of Sofía Vergara) was made out to be during the height of her popularity in the 1970s but the truth is ... I don't want to look like she does when I turn her age (a mere decade away).

I know, Hollywood is tough on its celebrities and I can't begin to understand the pressure that must be exerted on beauties who age under its cruel gaze. But some of my favorite faces hold a roadmap of life in their folds and contours, and I can't imagine they'd be improved by having the markers of age ironed out.

So here photos of some of my favorite activists and writers (most living, but a few who died as elders). They were beautiful when they were young, and even more beautiful in their age. 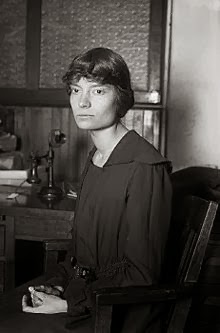 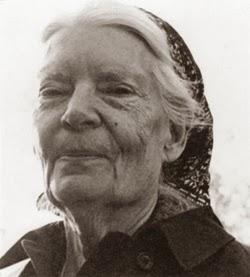 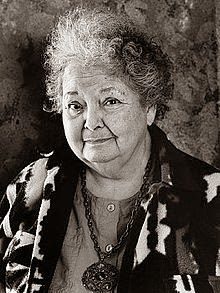 Now it's your turn. Fill my comments with the photos and names of women who wore, or wear, their beauty clear on their faces.

Johnny Depp, Sean Connery and the labyrinth of books

I confess to a long, profound love for rare books. I own many books about books: printing histories, catalogues of illuminated manuscripts, books about Elbert Hubbert and the Roycrofters, books about William Morris and the Kelmscott Press. It is a material infatuation. Here are five things I love about rare books: 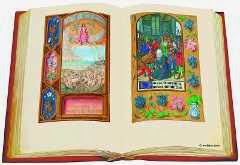 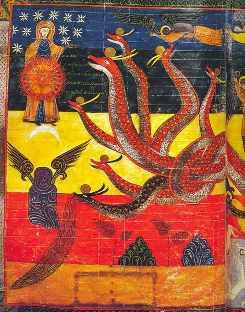 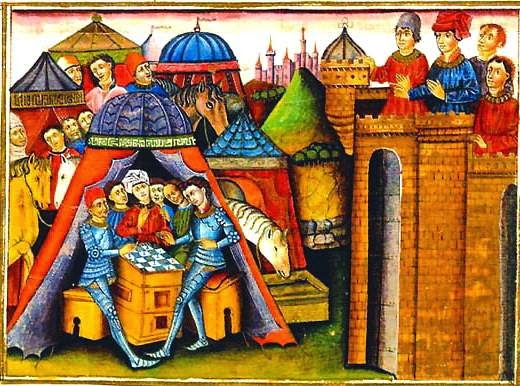 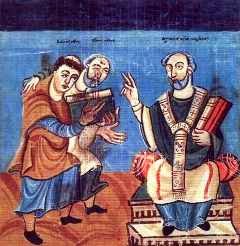 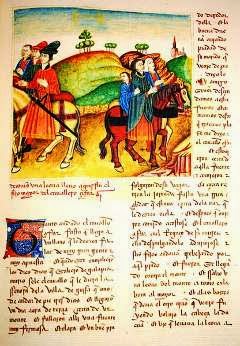 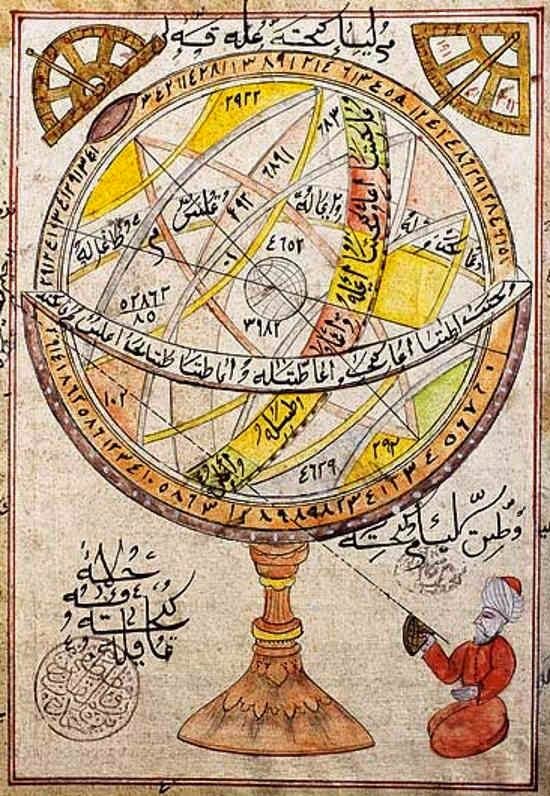 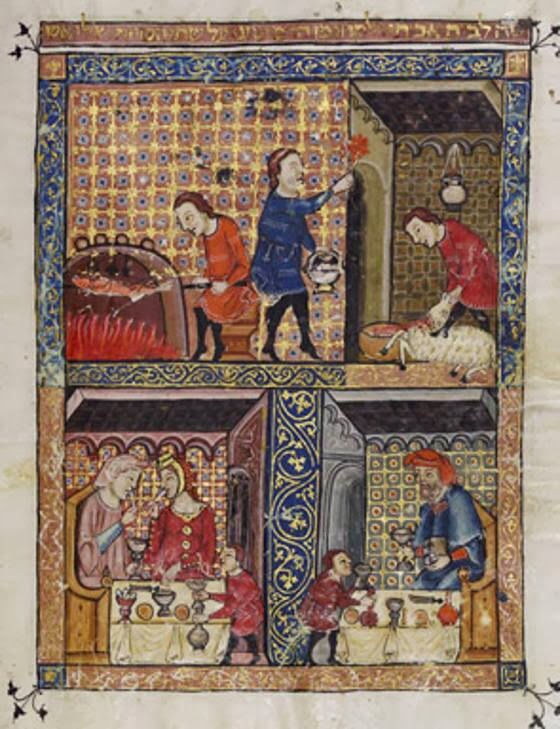 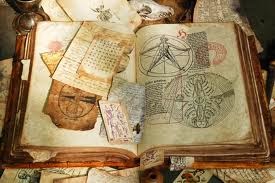 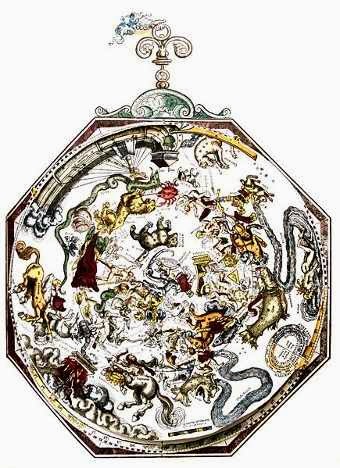 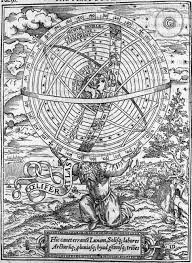 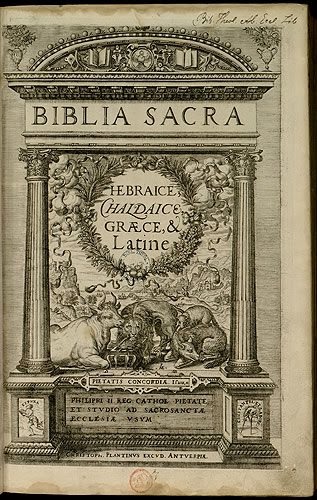 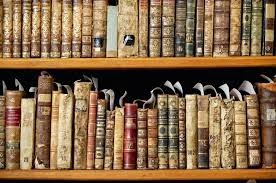 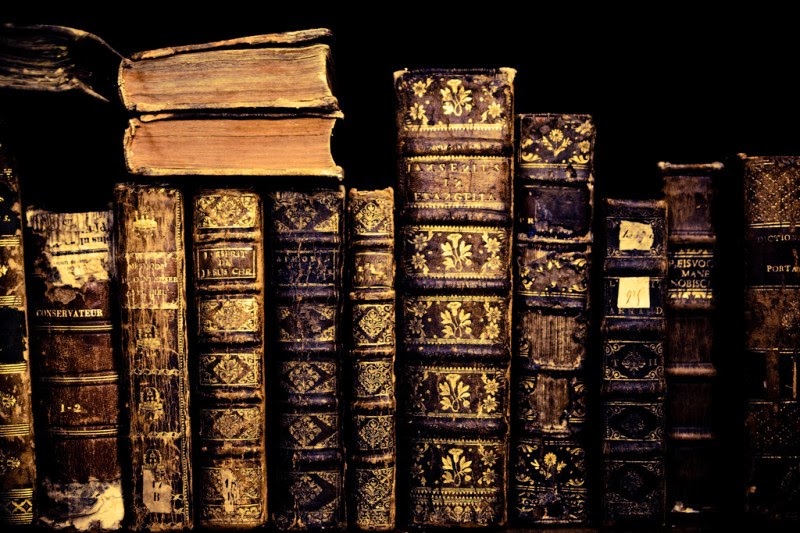 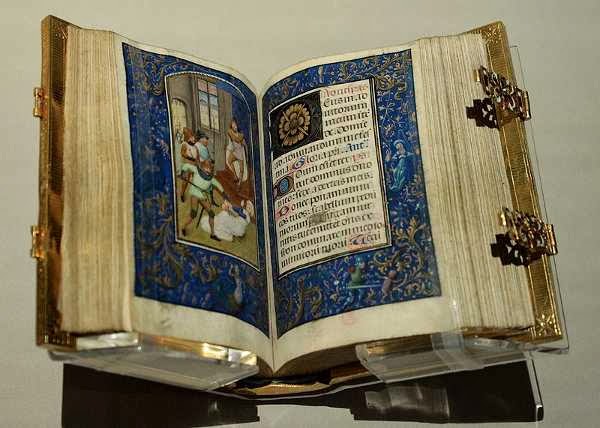 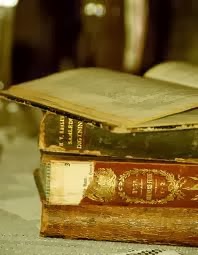 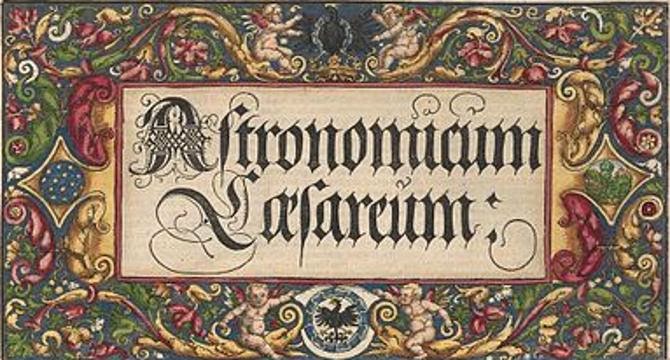 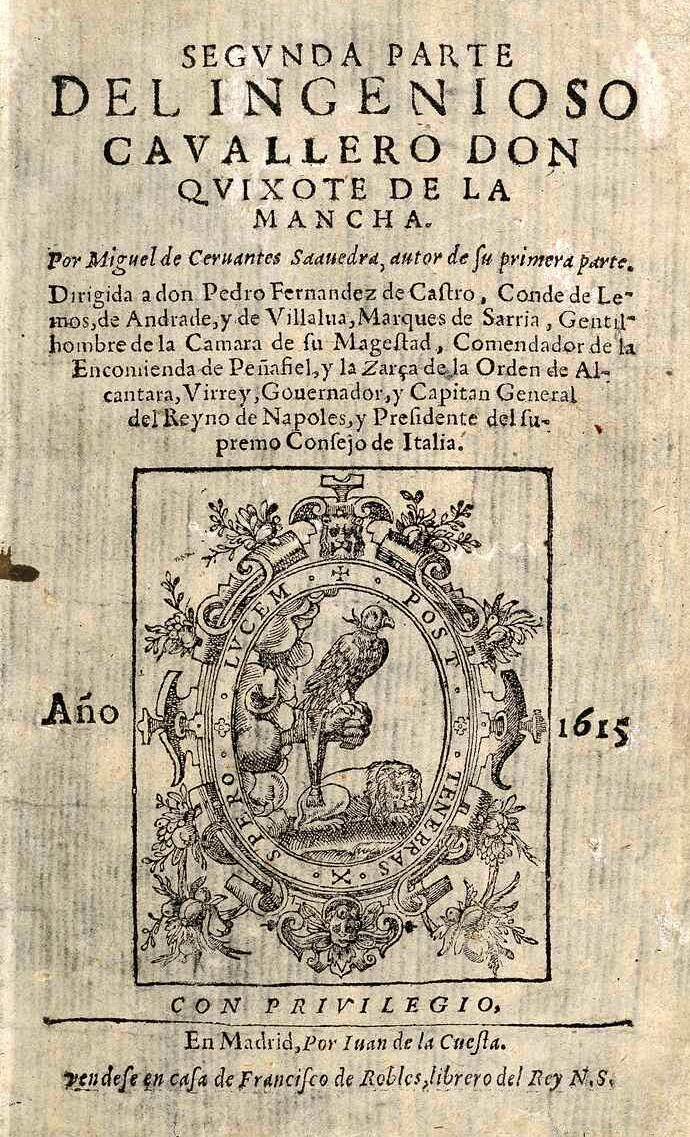 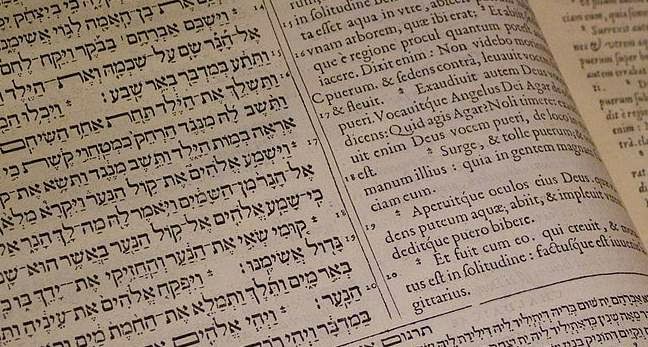 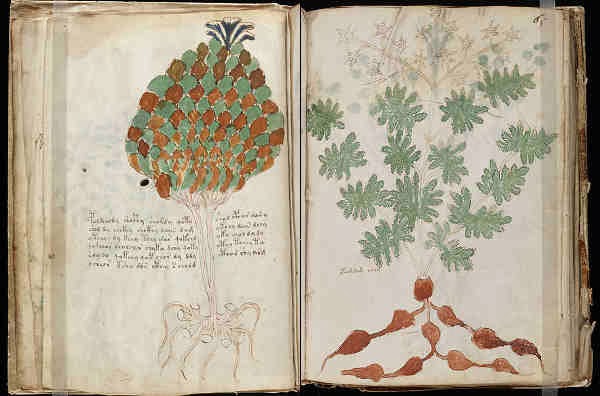 Given my fangirling about books like this, is it any wonder that two of my favorite movies are The Ninth Gate and The Name of the Rose?

The first is a paranormal thriller, very loosely based on Arturo Pérez-Reverte's novel, El Club Dumas.

In it, Johnny Depp is a disreputable antiquarian book dealer tasked to verify a rare demonology text. Death and all manner of wickedness ensue, as might be expected from a plot that has Lucifer as the co-writer of the antique text in question.

It is a mediocre and deeply silly film but, oh, the production.

It is filled with gorgeously bound books; a twisty New York basement bookstore I'd love to haunt; a beautifully poignant personal library on a bare floor in a once-grand residence that nevertheless is creepier than hell. And, of course, there's Johnny Depp in his prime, trying to solve an intellectual puzzle that ultimately defies reason.

The second movie is based on Umberto Eco's The Name of the Rose — a mishmash of murder mystery, semiotic play and history lesson that manages to work as a narrative. The movie — like the Ninth Gate, mediocre —plays fast and free with Eco's novel in ways that are truly annoying, but at its heart is still the man of both reason and faith (Sean Connery, in his prime, I'd argue) finding his way into a labyrinthine library that represents both an utter love of and utter fear of books.

That library. After picturing it in my mind's eye, I haunted antique stores for dusty armillary spheres, century-old engravings and, of course, the oldest books I could find (late 1700s was the best I could do).

What writer/reader wouldn't want to recreate some meander in that labyrinth? 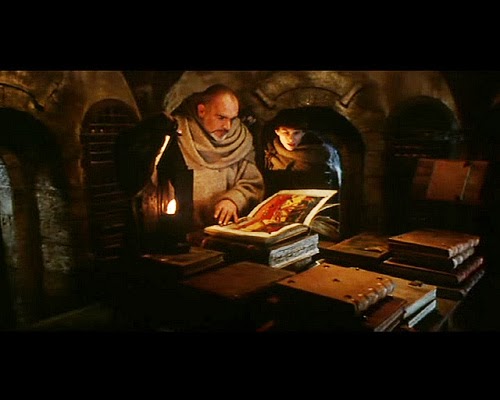 In the Name of the Rose, Eco echoed (heh!) Jorge Luis Borges' Library of Babel, whose randomly-organized library was the infinite universe and the search to make sense of its tomes (in the form of a grail-like index of books) leads to repression and destruction, intellectual and spiritual despair, and the unmet but ever beckoning promise of reason.

"The minotaur more than justifies the existence of the labyrinth," according to Borges' story "Ibn-Hakim Al-Bohkari, Murdered in his Labyrinth." And the minotaur resident in both the Ninth Gate and the Name of the Rose sports one horn that bows to the power of books, and another that gores the acquisition, disposition and uses of such power.

So, perhaps these two thoroughly mediocre movies are more astute than I thought. Because, isn't every reader, every collector of books caught by that minotaur's horns?

"It is worth remembering that every writer begins with a naively physical notion of what art is," Borges writes. "A book for him or her is not an expression or a series of expressions, but literally a volume, a prism with six rectangular sides made of thin sheets of papers which should include a cover, an inside cover, an epigraph in italics, a preface, nine or ten parts with some verses at the beginning, a table of contents, an ex libris with an hourglass and a Latin phrase, a brief list of errata, some blank pages, a colophon and a publication notice: objects that are known to constitute the art of writing."

Who knew loving books could be so dangerous.

Dylan Farrow, Woody Allen and the politics of disbelief [TW]

Dylan Farrow, Mia Farrow's daughter and Woody Allen's adoptive daughter, recently published an open letter in the New York Times about being sexually assaulted by the renowned filmmaker when she was 7 years old.

It is a harrowing read. We don't like to believe children can be used like this, particularly by those who purport to love them. It is, however, disturbingly common. Studies by David Finkelhor, Director of the Crimes Against Children Research Center, show that:

• 1 in 5 girls and 1 in 20 boys is a victim of child sexual abuse;
• Self-report studies show that 20% of adult females and 5-10% of adult males recall a childhood sexual assault or sexual abuse incident;
• During a one-year period in the U.S., 16% of youth ages 14 to 17 had been sexually victimized;
• Over the course of their lifetime, 28% of U.S. youth ages 14 to 17 had been sexually victimized;
• Children are most vulnerable to CSA between the ages of 7 and 13.
• According to a 2003 National Institute of Justice report, 3 out of 4 adolescents who have been sexually assaulted were victimized by someone they knew well.

As horrifying as the numbers in those stats are, they are probably much lower than they should be, because as everyone involved in compiling them admits, childhood sexual abuse is chronically underreported. The response to Dylan Farrow's open letter gives a good indication why. Her credibility is being impugned in comment and blog, by whatever means necessary.

The Daily Beast, nearly a week before the open letter, published a piece written by one of Allen's professional collaborators (in response to an earlier Vanity Fair article) whose take on the matter is to disprove Farrow's accusation of sexual abuse by framing it as purposeful brainwashing.

This is not a new technique in discrediting allegations of abuse, in fact, it is a classic. Marshaling disbelief is handy, since none of us want to believe sexual abuse of children happens, we're all too ready to look for a reason to say it didn't. For a time it was counsellors and therapists who were made suspect, ostensibly "seeding" memories of abuse in their clients. More recently, especially in the prosecution of clergy abusers, the victim has been discredited by focusing on drug abuse and mental health issues (regardless of whether these were prompted by the abuse itself) or by painting family members as leading the charge for prosecution from a need to blame someone for their own parental failings.

Seeding disbelief is a political act. Only those in positions of power have the means to do it.

Allen's defenders and apologists (Robert Weide of the Daily Beast among them) have done it rather well for him, casting Mia Farrow as a harpy deranged by the movie-making genius's love for her young adoptive daughter, Soon Yi Previn, and therefore vindictively planting the idea of abuse in Dylan Farrow's mind.

The Daily Beast story, for example, invests itself in removing the taint of statutory from the Allen/Previn story, knowing that its specifics lend credence to Dylan Farrow's claims of Allen's inappropriate interest in his young adoptive daughters. The article does this by pointing to the fact that Previn was 19 when they married, and that as distasteful as the age difference between Allen and Previn is, it is hardly illegal. The article handily ignores any questions about the 12 years before the actual marriage, when Allen was presumably falling in love with the underage child even as he was in a romantic relationship with Mia Farrow and serving as Previn's (and all of Farrow's children's) surrogate father.

Even the Catholic Church, as much as it disavows much of the abuse its priests enacted and bishops enabled, admits that there is a recognizable process of grooming that abusers engage in, and it is hard not to see it in both the prelude to pedophilia outlined by Dylan Farrow in her open letter, or the ephebophilia in the facts of Allen's relationship with Soon Yi Previn.

Besides being a sexual violation, childhood sexual abuse is a crime of power. Look to who has the power in each of the Allen situations — in the accusation levied by Dylan, in the relationship and marriage to Soon Yi — and who has the means to most effectively shape the narrative around it. It isn't either of the young women, and never was. Allen's got a whole movie-making industry to deploy in his version of the story, and he has done so. From the Daily Beast article by his documentarian to the Golden Globe lifetime achievement award in which Diane Keaton and other Hollywood cronies extolled him for, among other things, his focus on women.

But let's look at some of the actual narratives Allen has written: the nauseating storyline of Manhattan with its love affair between the 42-year-old character portrayed by Allen and the 17-year-old character portrayed by Mariel Hemingway; or, his recent Blue Jasmine, with Cate Blanchett portraying a brittle, bitter woman undone by her husband's affair with a young au pair.  It is only the powerful who can carry off having their pathologies lovingly rendered in black-and-white, backed by a jazz soundtrack, and praised for genius and art.

We can't anticipate what ugly stories will emerge involving Allen in future, but the ugly storylines of his past aren't going away. And strangely, they do what Allen's movies purport to do: they shine a light on how deeply divided from one another we are. Many believe the innocent storyline written by the witty predator and his sycophantic entourage, but an equal number do not (evidenced by the fact that the hashtag #IBelieveDylanFarrow is trending on Twitter). And both sets know there is no happy ending in the offing.

Updated at 1:29 to correct misspelling of Soon Yi Previn's name.

Posted by Unknown at 1:08 PM No comments: