Some words about San Giving 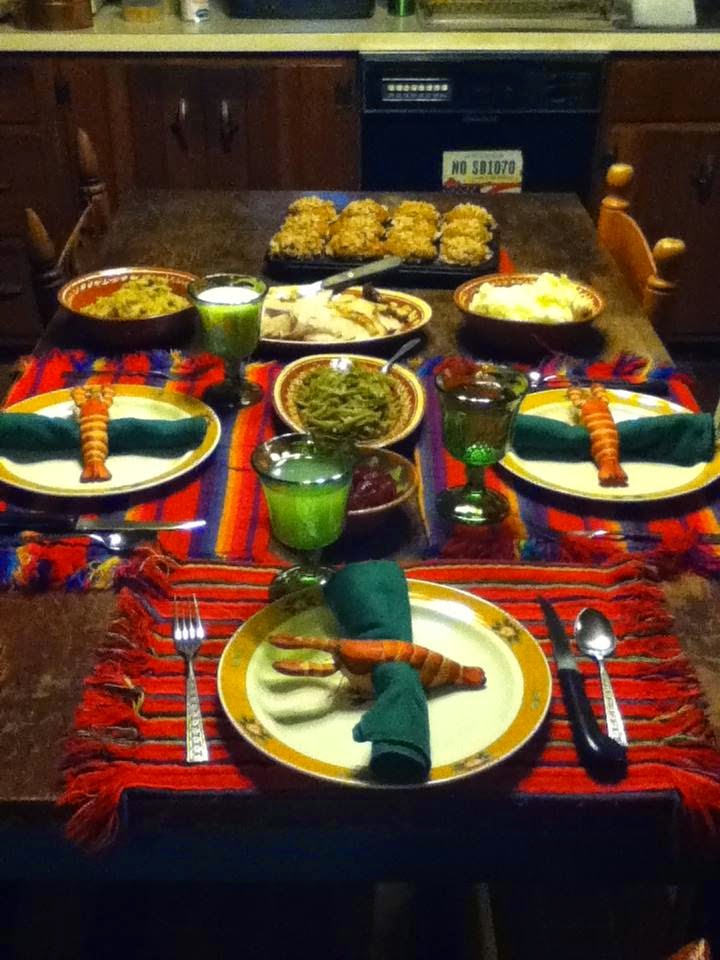 In the face of the first step taken this year to allow some undocumented immigrants to sit around the Thanksgiving table without fear; in the face of the massive work we must do to make sure African-American families don't live in fear for the lives of their children every single day; in the face of an out-of-control economic disparity that is making a lie of our shared belief that hard work is rewarded ... let's agree to be thankful for the grit, the vision, commitment and determination we will need to ensure that our future is more just and grace-filled for everyone in our nation.
Read the full column by clicking here.

Posted by Unknown at 1:09 PM No comments: 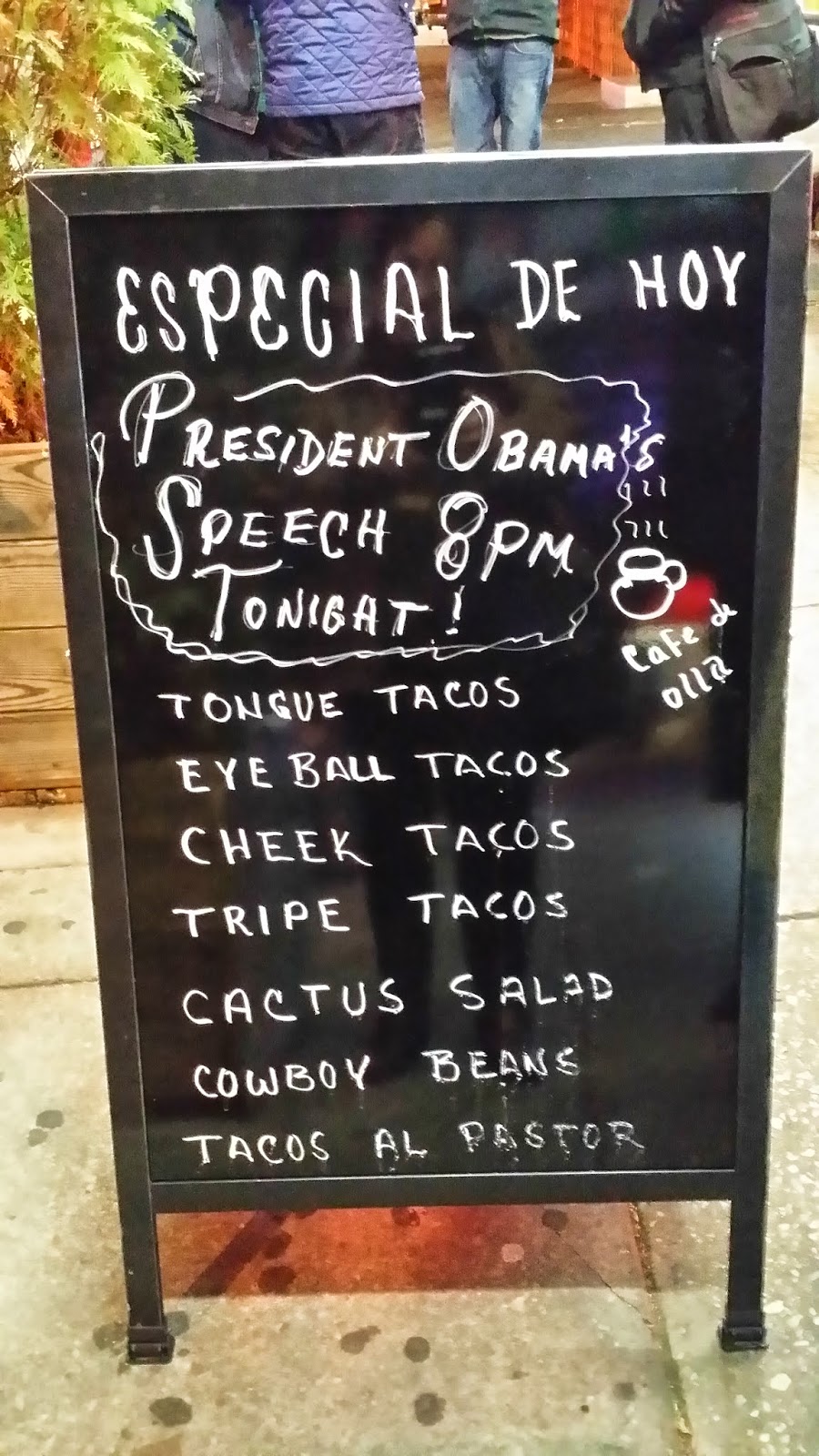 No other words necessary. ;)

Looking for the best Speculative fiction of 2014 in expected, and unexpected, places (#SFWApro) 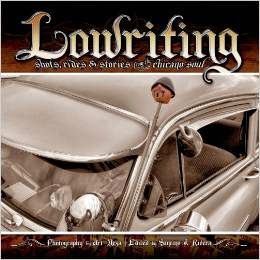 It's that time of year again — people are beginning to compile lists of favorite stories for  "Best of" compilations for 2014. Selfishly, I hope people keep looking well into December since I have a story set to be published in early December ... but being the very impatient sort myself, here are some of the short stories (in a year with a bumper crop of incredible stories) that I love best.

In no particular order:

The Oud by Thoraiya Dyer (in Long Hidden: Speculative Fiction from the Margins of History, Jan. 30, 2014) 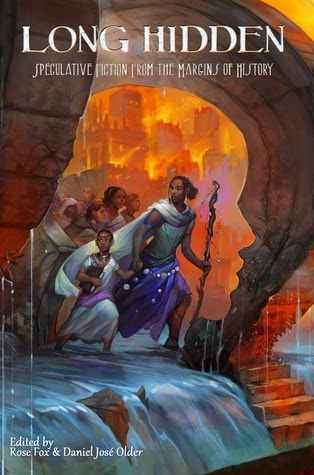 Lone Women by Victor LaValle (also from Long Hidden ... and let me say there are a lot of other great stories in there that fall just shy of making it onto my list — yes, it is that good a collection).


I remembered the following favorites as being 2014 but, alas, they are 2013 and so not eligible for any awards ballots you may be compiling, but they are really worth reading: 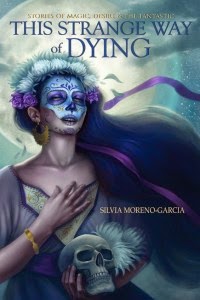 Maquech by Silvia Moreno-Garcia (from This Strange Way of Dying, 2013)

Pancho Villa's Flying Circus by Ernesto Hogan (from We See a Different Frontier, 2013)


Oh, I know I'm forgetting and leaving out so many worthwhile stories ...

Go to, read! Thank me later.

And quite suddenly, I'm in love with Filipin@ speculative fiction (#SFWApro)

This is a bit of a love letter.

I do this every so often. Fall profoundly in love with works of fiction that are rooted in the earth of a particular country. When I was in my early formative years as a writer, it was Argentina. Now, staring down the beginning of what in Spanish is called la tercera edad (the third age), it's Philippines. I don't think the age of discovery is a coincidence (more on this later).

In any case, starting at the end of 2013 and at regular intervals during 2014, I started noticing that many of the stories that I kept returning to, and lingering over, in anthologies and magazines were written by Filipin@ speculative fiction writers: Rochita Loenen-Ruiz, Alyssa Wong, Isabel Yap and Michael Janairo.

There are a lot of reasons for this. The most straightforward is simply the quality of the work. Three of the writers whose work I was belatedly discovering are Clarion graduates; another has not only an MFA in creative writing but years under his belt as a working journalist. I find myself drawn first to the music of the language in a story, and one of the things these quite distinct stories have in common is that they play with cadences masterfully.

Rochita Loenen-Ruiz's Of Alternate Adventures and Memory (Clarksworld, issue 87, December 2013) is a far-future sci fi story structured to replicate the way memory organizes itself even as the storyline explores the idea of recovering memory, of becoming living memory for what no longer wholly exists.

Adventure Boy understands what those words mean now. He understands why he cannot allow the erasure of accumulated memory. No matter how insignificant or how unimportant those memories may seem, no matter that Metal Town is deemed obsolete, he can’t allow those memories or those dreams to vanish without a trace."

Loenen-Ruiz punctuates the narrative with passages cited from ads and promotional copy, and these serve as the backbeat of the story — regular — until Loenen-Ruiz speeds their intrusion, and changes the tone from promo to edict to personal recollection. As she does, what is framed by these breaks changes too.

In her critical work Loenen-Ruiz frequently examines the costs of colonialism and imperialism. Her fiction does that as well. Toward the end of the story, the punctuating passages are news report — part reclamation, part promise — as flawed and incomplete as history.

I found myself reading portions of Loenen-Ruiz's story out loud for their music. It is not something I usually do — except to test the cadences of my own work in progress — but I found myself doing that with Isabel Yap's piece, A Cup of Salt Tears (Tor.com, Aug. 27, 2014) as well.


"Your hips are pale like the moon, yet move like the curves of ink on parchment. Your eyes are broken and delicate and your hands are empty (...) Your hair is hair I’ve kissed before; I do not forget the hair of women I love."

There is a danger in describing a story as poetic because so often that word is applied to grossly overwritten pieces that somehow manage to be filmy and leaden at once. But Yap's story is poetic: sultry and beautiful, deceptively bare but with lines that make you catch your breath. Yap keeps the pacing unhurried, the cadences like music in a minor key — descending, dissolving.

It is the story of a woman striking a deal with a legendary river being. A simple premise, but there is nothing simple about the story.  Like Loenen-Ruiz's story, this is about recovering what is lost, and it too has everything to do with memory — unreliable, desirable, mutable. Anyone who has ever been the caregiver of a loved one with Alzheimer's (or any progressive terminal illness that makes us wish for the magic to restore) will, despite the story's beauty (or perhaps more so because of it), find this a haunting read.

Alyssa Wong's Santos de Sampaguitas (Strange Horizons, Oct. 6 and 13, 2014) and Michael Janairo's Angela and the Scar (Long Hidden: Speculative Fiction from the Margins of History, Jan. 30, 2014) feature beings from folktales as well, and while that is nowhere near the whole of the enchantment they exert, it is a part. Kappa, kapfre, manananggal, aswang ... the supernatural beings in the Wong, Janairo and Yap stories are unfamiliar to me and intensely compelling.

As is the language with which they evolve on the page.

In Wong's Santos de Sampaguitas, the lines between supernatural and natural power are blurred so effectively I'm not sure even now I could tell you which of her characters are wholly human — if any. Wong's language reminds me of the nickname given to blues musician Albert King — the velvet bulldozer — because it is both muscular and richly textured.


"I would give you the gift of transformation. Pledge yourself to me and I will teach you to wing about the night, unhampered by human concerns. I will show you the secret banana groves where your mother hid her legs, deep in dreamland and Bicol's jungles. [...] I offer you knowledge of charms and spells, enchantments that will guarantee your household safety, recipes to keep the curses of other aswang away."

The story is long (it was published in two parts in separate issues of Strange Horizons) and creates a richly complicated sense of place, but Wong keeps it moving at a clip and when the end unfolds you feel like your time with Tín has ended too soon.

Janairo's story is historical speculative fiction set in Ilocos Norte Province of Philippines in 1900, his protagonist a child, and his fantastical being the gigantic, cigar-smoking kapfre.


"Treetops shook as they sailed across the forest. The giant leapt from tree to tree, his feet barely touching a branch as he landed and pushed off again. They rose and fell as if riding waves, carried at treeswift speed, the forest canopy a blur below."

Janairo writes about Philippine history with the economy of a good journalist. While the story is about the indigenous resistance to a second set of cultural and economic invaders (from a child's point of view) the story really lives in Janairo's depiction of the kapfre and the forest it inhabits. They are both big, extravagant, a triumph of nature and of imagination.

Not surprisingly, given the fact that we share a Spanish colonial history, I find a lot of commonality between Filipin@ and Latin@ speculative fiction — the bittersweet sense of being separated (exiled?) from yourself (and the land that is part of the self) for one. For another, the way even the youngest writers seem to have a profound understanding of aging — its peculiar concerns, sorrows, recriminations. The complicated, multiple strands of family. The living landscape of folk tales, lore, belief. Its literary accomplishment. Its assurance with both sci fi and the fantastical.

But the music I hear underpinning these stories is nothing at all like the Spanish, Spanglish and Caló I am more attuned to hearing when Latin@s write in English. This music is —paradoxically — beautifully leisured and still staccato; soft and steely; and above all else, sticky. I can't stop hearing it. I don't want to stop hearing it.

I know this is a tiny sampling of stories. I know that not only have I discovered Filipin@ speculative fiction late, but also very incompletely. I'm not sure but I think, for example, that all these writers live in diaspora (or are first- or second-gen Americans), and I wonder as I seek out Filipin@ writers who live on the islands if the differences (and similarities) will be as clearly marked as they are between U.S. Latin@ writers and those living in Latin America.

In any case, I have the strong feeling that Filipin@ spec fic is going to  transform mainstream SFF. In fact, I think it already is.