7 things every self-respecting Latina should own* 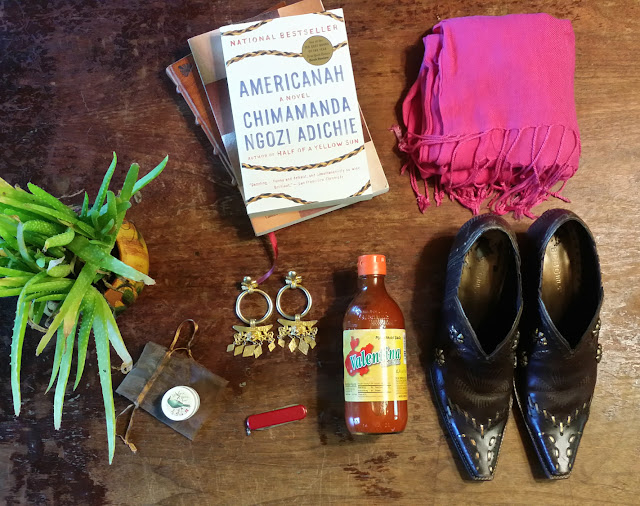 * if she is over 50, a speculative fiction writer, the bilingual editor of AL DÍA News, and if Supercompressor's original post shows up on her twitter timeline on a lazy Saturday morning.

I am a sucker for beautifully styled photos with tyrannical (and status-y) lists of items and their rationales appended. Like this one: 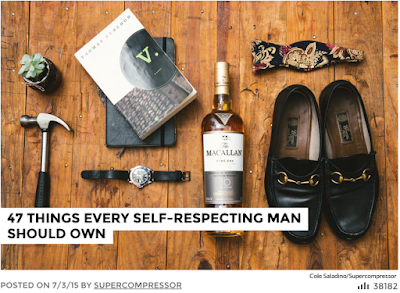 Yeah, I'm not even the intended audience and I clicked on it and read the damn thing. It's like the writer's (or the online magazine's) id in a flash.

And I decided (since it was a lazy Saturday morning, like I already mentioned) to replicate it ... sort of. Kind of. Mostly. So here goes — my instant gratification photo components, in imitation of Supercompressor's.

Supercompressor's bow-tie (upper right) has nothing on the scarf I picked for my photo. Now, I could tell you this is on my indispensable list because pink is a good color for aging skin (that's what the fashion mavens say, and who am I to dispute their wisdom?), or because it distracts from my turkey wattle neck (don't tell me if it doesn't) ... but really it is because I wear a lot of black clothing and this adds a shock of color and also doubles as a shawl in hyper air-conditioned office buildings in the summer. Here I am wearing the scarf when the totally awesome Las Cafeteras came to visit AL DÍA News Media and gave us an impromtu performance. 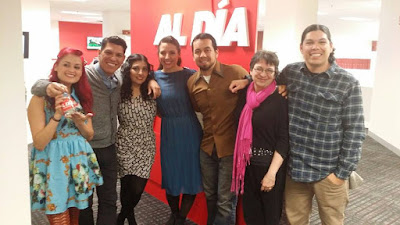 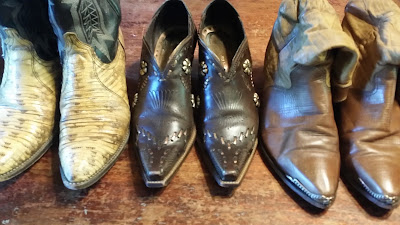 Loafers? Not a chance. But you can never have too many boots, preferably cowboy boots. They're comfortable; they readily dress up or dress down; come in versions from flashy to basic, and they wear like iron.
I don't wear any other footwear. Really. 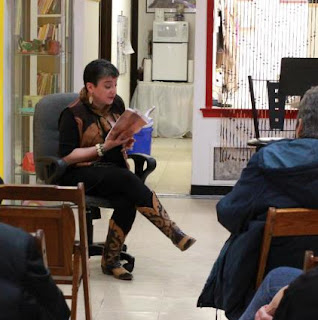 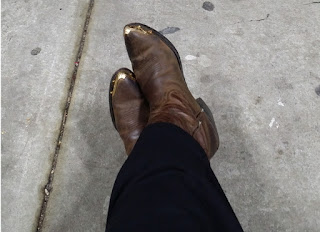 I am not alone in my appreciation of the western boot. Latina writers Ezzy Languzzi and Lorraine C. Ladish rock them too. Consignment shops and places like Buffalo Exchange make it possible to buy a whole wardrobe of them without having to offer your first-born in trade. 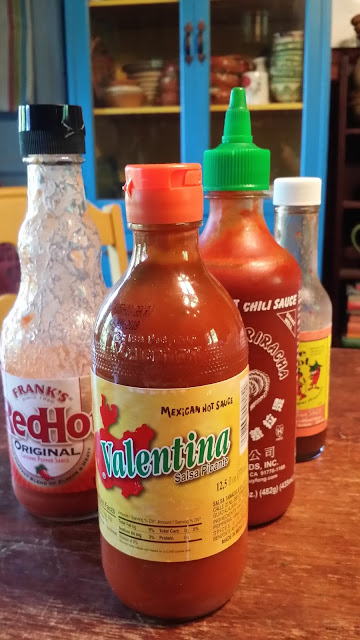 If you actually go to the Supercompressor piece you'll see that the headline obscures a pocket knife. It is much cooler looking than my little Swiss Army knife — but I bet it doesn't have the hidden tweezers you scramble for when you spot one of those after-you-turn-50-crazy-hairs waving at you. 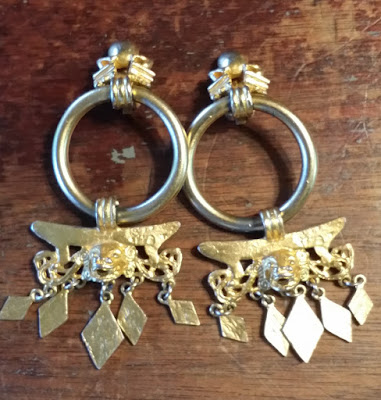 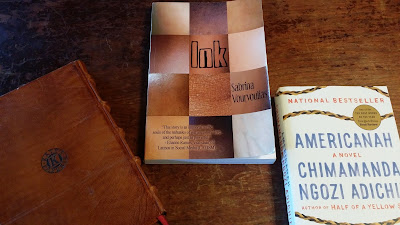 Even where the two posts coincide, they don't really. Supercompressor suggests that not having books in your home is kind of creepy, I say it is inconceivable. Supercompressor recommends a moleskine for those thoughts not worthy of blogging, I say get yourself over to Katie's Paperie if you like beautifully bound blank books, but no matter what the surface looks like, write whatever the hell you want on it ... maybe particularly your next blog post or your first novel.
Ink — my novel of immigration-based, near-future dystopia — was written variously in spiral bound notebooks, on a desktop computer, on a laptop, in bound blank books and on scraps of paper.
The important thing is to write.
And to read.
I'm starting on Americanah next — a story about an African immigrant couple who unwillingly split, one living in the U.S., the other in London — but there are hundreds of equally intriguing choices. Here's a summer reading list I wrote showcasing Latino writers, and another focused on Young Adult offerings. Almost every media organization worth its salt has published a summer reading list, and honestly, there is something for every taste out there. Just get reading already. 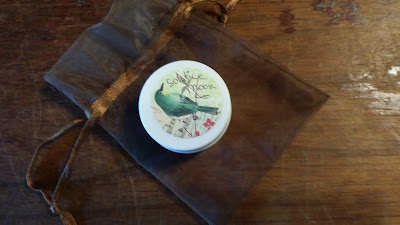 In their photo: a hammer. In mine: a small-batch original perfume from Mountain Spring Herbals, crafted from a proprietary blend of scents in a jojoba oil and beeswax solid. Because really, who doesn't love a scent you can't spill? ;)

I can't tell what the tidy little plant in the professional photo is, but mine is one of multiple aloes I own. The plant's mucilage is great for burns, but mostly I love my aloes because they're generous and unruly and grow like crazy, even in my kitchen window during bleak northeastern winters.

Okay, now show me your id in a flash. Post a photo of the things you would put on your "should own" list in the comments below.

Posted by Unknown at 4:10 PM No comments: