Book signings at LATISM 12 in Houston 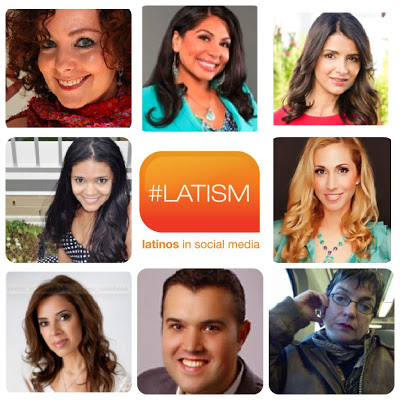 Delighted to be among the writers at LATISM 12's book signings!
Posted by Unknown at 12:53 AM No comments:

Another review of INK and interview

Somehow, I slipped up and forgot to link to this terrific review by The Future Fire: http://reviews.futurefire.net/2012/10/vourvoulias-ink.html

and the interview at the Hispanic Reader:
http://hispanicreader.com/2012/10/16/meet-novelist-sabrina-vourvoulias-author-of-ink/

The book is up at Amazon, and on Wed., Oct. 24 we'll be celebrating its launch at Cuba Libre restaurant and rum bar in Philly. Email me if you want more information about this!
Posted by Unknown at 10:29 AM No comments:

Fresh Ink: An Interview With Debut Novelist Sabrina Vourvoulias - Natalia Sylvester
Posted by Unknown at 11:16 AM No comments:

On Monday, Oct. 15, on the last day of the observance of Hispanic Heritage Month, Crossed Genres Publications of Somerville, Mass., releases Sabrina Vourvoulias’ novel, “Ink,” a fictional look at what happens when rhetoric about immigrants escalates to an institutionalized population control system. (To read a portion of the first chapter and order on Amazon: http://www.amazon.com/Ink-Sabrina-Vourvoulias/dp/0615657818/ref=sr_1_1?s=books&ie=UTF8&qid=1350269229&sr=1-1&keywords=ink+by+sabrina+vourvoulias)

The near-future, dark speculative novel opens as a biometric tattoo is approved for use to mark temporary workers, permanent residents and citizens with recent immigration history - collectively known as inks. This “chilling tale of American apartheid, and the power of love, myth and community” (Reforma: The National Association to Promote Library and Information Services to Latinos and the Spanish Speaking) has its main characters grapple with ever-changing definitions of power, home and community, and perceptions of “otherness” based on ethnicity, language, class and inclusion.

Set in a fictional city and small, rural town in the U.S. during a 10-year span, the novel is told in four voices: a journalist; an “ink” who works in a local population control office; an artist strongly tied to a specific piece of land; and a teenager whose mother runs an inkatorium (a sanitarium-internment center opened in response to public health concerns about inks). Vourvoulias, of Guatemalan-American descent and the managing editor of Philadelphia’s largest Spanish-language newspaper, Al Día, has described the characters as “complicated people in complicated times trying to live their lives as best they can. You know, us.”

“Readers will be moved by this call for justice in the future and the present.” (Publishers Weekly)

“The conflict driving the novel will fill readers with dismay, seeing parallels between what has already taken place—Japanese locked in concentration camps, narcos controlling swaths of territory in Mexico, rednecks with power—and the novel’s permutations of today’s ugly commonplaces.” (Michael Sedano, La Bloga)

Ink’s publication is part of Crossed Genres’ commitment to bringing new and underrepresented voices into fiction. CG’s list of publications include Daniel José Older’s “Salsa Nocturna;” Kelly Jennings’ “Broken Slate;” RJ Astruc’s “A Festival of Skeletons;” as well as the anthologies “Subversion,” “Fat Girl in a Strange Land” and the upcoming “Menial: Skilled Labor in SF.”

For more information about “Ink,” or any of Crossed Genres’ titles, contact Bart Leib at 617- 335- 2101 or by sending an email to publicity@crossedgenres.com. 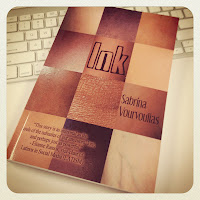 Sign up to win a copy from Goodreads
http://www.goodreads.com/giveaway/show/34404-ink
Posted by Unknown at 12:00 PM No comments:

The World in the Satin Bag: The #ThoroughlyGoodBooksbyPoc Reading List

The World in the Satin Bag: The #ThoroughlyGoodBooksbyPoc Reading List
Posted by Unknown at 10:16 AM No comments:

La Bloga: Show me your INK. Banned books update. On-Line Floricanto in waxing October
Posted by Unknown at 10:20 AM No comments: