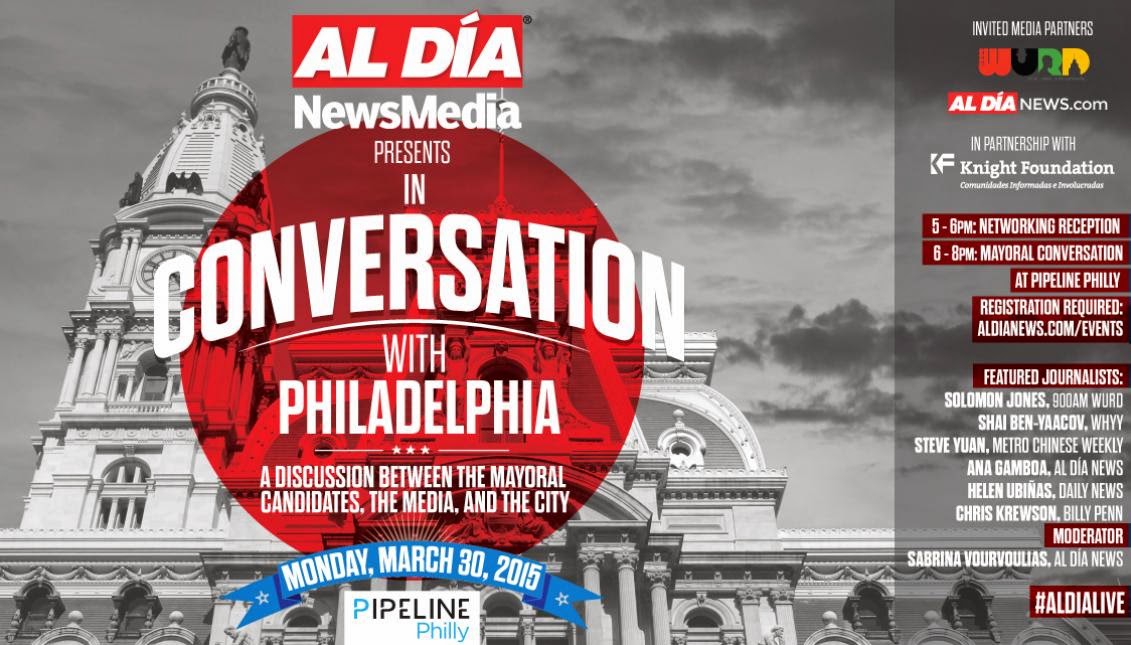 Join AL DÍA News Media for this unique conversation leading up to the 2015 Philadelphia Mayoral Race!

This event will highlight the lack of representation for diverse communities in Philadelphia, touching upon the disconnect between City Hall and the public.

If you’re a Philadelphian, join our audience and participate in this one-of-a-kind opportunity to let your voice be heard in front of our city’s next mayor.

This event will take place at Pipeline Philly, a multi-purpose open workspace, located across the street from City Hall.

A networking reception will take place from 5-6pm. Fruit, cheese, wine and beer will be served. The conversation will begin at 6pm.

Dynamic discussion, networking possibilities, City Hall, and the candidates: Become part of the evening that will help shape the 2015 Philadelphia mayoral race!

AL DÍA News Media is a dynamic news organization based in Philadelphia, with an increasingly national scope and reach. Our multi-platform news media organization showcases the fullness of the Latino experience in the United States — fostering engagement and driving a new American narrative.

In 2014, the company relaunched its website with a focus on bilingual national content generation without sacrificing the depth of its local coverage.

Posted by Unknown at 7:48 PM No comments:

ICYMI: I wrote about Latino/a Speculative fiction at Tor.com (#SFWAPro) 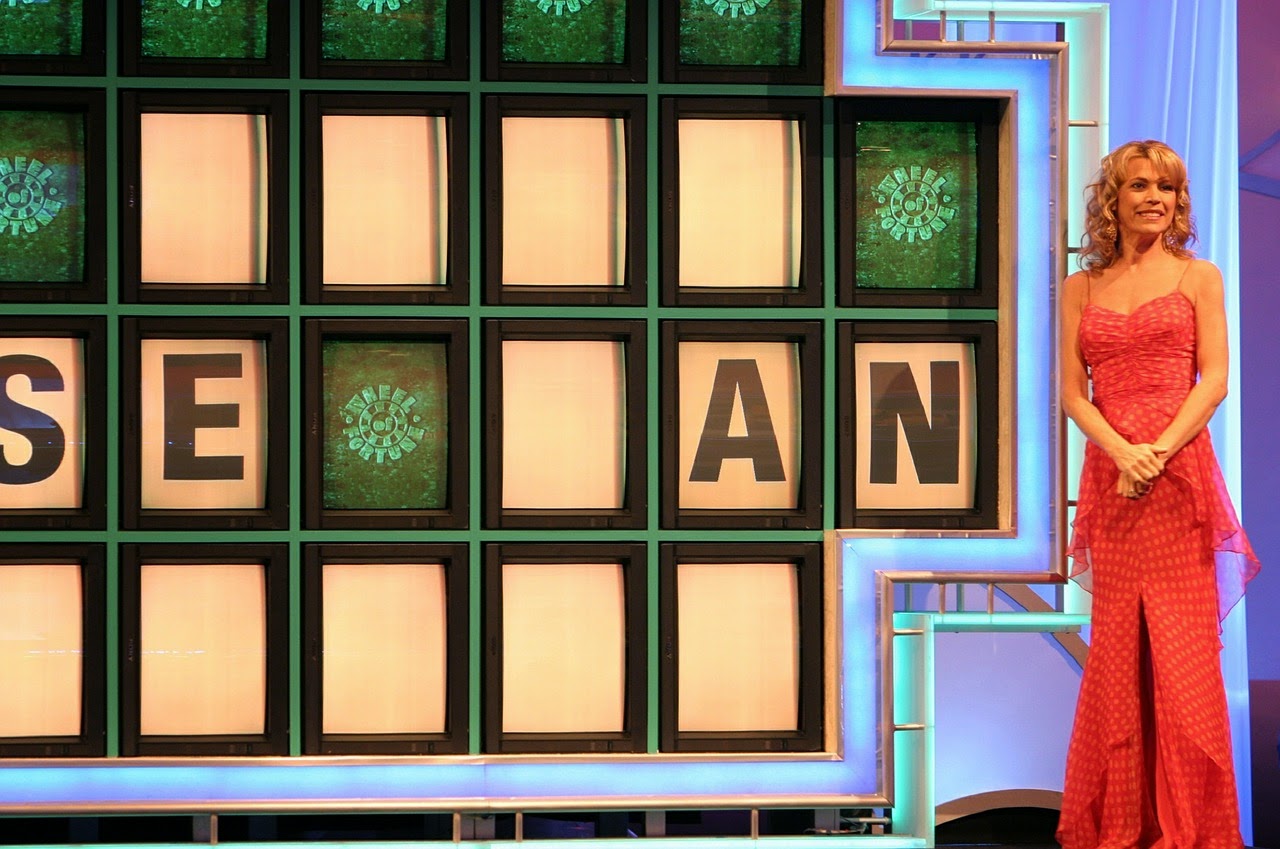 Putting the I in Speculative: Looking at U.S. Latino/a Writers and Stories

Spanish designates the letter Y as “i-griega”—literally, the Greek i—to mark its difference from the letter I, which Spanish-speakers understand to be from the Latin even when we don’t say “i-latina” as we recite the alphabet. In choosing the title for this blog post, I reveled a bit—as only a bilingual language nerd can—in the hidden layer of significance I could give that not-so-simple I.


Until the end of July 2014, if you looked at the Wikipedia entry for “speculative fiction by writers of color” and scrolled down past the lists of African and African-American writers, Asian and Asian-American writers, etc., to the category for “Latino writers” you saw no list, just one line: “see Magical Realism.”


To add insult to injury, if you happened to click on that “see Magic Realism” link, you were taken to a list of Latin American writers of the speculative, with not a single U.S. Latino/a representative among them.


The thing is, to experience the tradition and sheer range of U.S. Latin@ speculative writing, you have to venture out of the usual neighborhoods and cross into the liminal borderland between genres; into the barrios of small press and website; and onto momentarily unfamiliar streets....


Let me introduce you to a few Latino/a authors whose stories you may not have read, and show you around some of the (perhaps unfamiliar) markets that have published their work.

Posted by Unknown at 5:51 AM No comments: