Editor's note: this is the sixth in monthly series of guest blog posts in which emerging Latina writers talk about their work, their process and what inspires them. 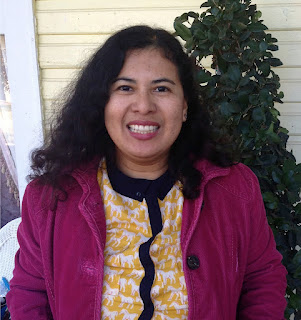 Melinda Palacio is an award-winning poet and novelist. She lives in Santa Barbara and New Orleans. Her poetry chapbook, Folsom Lockdown, won Kulupi Press’ Sense of Place 2009 award. She is the author of the novel, Ocotillo Dreams (ASU Bilingual Press 2011), for which she received the Mariposa Award for Best First Book at the 2012 International Latino Book Awards and a 2012 PEN Oakland-Josephine Miles Award for Excellence in Literature. Her short stories and poetry have appeared in a variety of journals and anthologies. Her first full-length poetry collection, How Fire Is a Story, Waiting, (Tia Chucha Press 2012) was a finalist for the Binghamton University Milt Kessler Poetry Award and the Patterson Poetry Prize. Read more of Melinda's work at www.melindapalacio.com or every other Friday on La Bloga. http://labloga.blogspot.com/2013/05/readings-and-greetings-at-old-zoo-in.html

My inspiration and writing process continues to evolve. Sometimes the change is so drastic, I wonder if I have a personality disorder because I don't favor routines. Even my favorite foods and color vary.

When it comes to writing, whether it be fiction or poetry, what motivates me most is getting the story right. I don't need to be in the same room every day in order to write. Rituals are lost on me because I often take my laptop and work in a different area of my house. Speaking of houses, I live in two different cities, Santa Barbara and New Orleans. Therefore, I can't rely on setting or mood.

Much of my inspiration for storytelling involved looking at old family photo albums. My grandmother would point to pictures of relatives I had never met and would tell me who they were and what they were doing when the photograph was taken. The photographs gave me a strong visual sense. I didn't realize it until I heard California Poet Laureate, Juan Felipe Herrera, describe looking through old photos with his mother as an early act of poem making. Poem making and myth making through stories of family photos are some of my earliest memories. With three or four phrases from my grandmother, I would craft a whole story in my head and dream up an entire narrative.

Before I sit down to write, I like to apply the Think Method, as seen in the 1962 film the Music Man in which a con artist teaches a small town's children how to strike up a band and make music by thinking, rather than practicing. I'll often spend hours and weeks thinking of new scene, chapter, or essay before I compose with pen and paper. At some point, I transfer my draft to the computer. Given that I'm dyslexic and cannot read my writing, I rely more on thinking and remembering my initial idea. Sometimes, the ideas come to me in dreams. I keep a notebook and pen by my bed because as much as I will myself to remember, I often forget the idea by the next day.

While I love variety and working in different genres, especially fiction and poetry, what I truly enjoy most is revision and the noise a crumpled paper makes when it lands in the recycling basket. This is more fun than a virtual manuscript and garbage can on the computer screen.

My motivation doesn't change. I still want to write the best poem that I can possibly write, the best book, or the best blog post. My secret is to read my work aloud. All the hiccups and extra words stand out better when I read something out loud. This is a step that's easy to skip when I am on deadline, but I'm much happier with the work when I slow down and take the time to read my draft out loud from a printed page.
Posted by Unknown at 12:57 AM No comments:

Reading at NYRSF in NYC on June 11 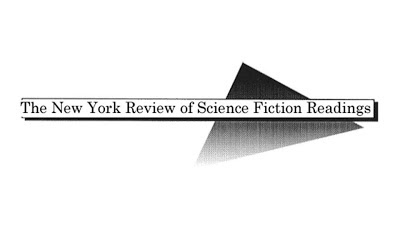 There are many convenient bus lines that come within a couple of blocks of the gallery. Use the link above for an interactive transit map.


Sabrina Vourvoulias was born in Bangkok, Thailand—the daughter of a Mexican-Guatemalan artist and an American businessman. She grew up in Guatemala and moved to the United States when she was fifteen.

Sabrina is the managing editor of Al Día News, Philadelphia’s leading Spanish-language newspaper. Her editorials and columns appear there and at www.pontealdia.com in Spanish and English. Her blog, Following the Lede was nominated for at Latinos in Social Media award in 2011.

In addition to journalism, she writes speculative poetry and short and long-form fiction. Her poetry has appeared in Dappled Things, Graham House Review, Scheherezade's Bequest at Cabinet des Fées, La Bloga's Floricanto, Poets Respond to SB 1070, and upcoming in Bull Spec; her fiction in Crossed Genres Issue 24, in the Crossed Genres Year Two, Fat Girl in a Strange Land and Menial: Skilled Labor in SF anthologies, and upcoming in GUD magazine and Strange Horizons.

Her novel, Ink, was published by Crossed Genres Publications in October 2012, and she is currently working on a novel length collection of linked stories that ask the question: Do monsters cross borders with the immigrants who believe in them?

Barbara is also the author of a YA non-fiction book, Robots: Reel to Real (Arco, 1982), and is currently Sr. Reviews Editor for Computerworld. She is a member of the NYC writers group Tabula Rasa, and lives in Brooklyn, NY, with her partner Jim Freund. Her online home is at
http://brooklynwriter.com/


Terence Taylor is an award-winning children's television writer whose work's appeared on PBS, Nickelodeon, and Disney, among many others. After a career of comforting young kids, he's ow equally dedicated to scaring their parents. His short horror stories have been published in all three "Dark Dreams" horror/suspense anthologies. His first novel, Bite Marks: A Vampire Testament, came out in September of 2009. Blood Pressure: A Vampire Testament, second in the opening trilogy of the continuing Vampire Testaments, was released in March, 2010.


The New York Review of Science Fiction Reading Series provides performances from some of the best writers in science fiction, fantasy, speculative fiction, etc. The series usually takes place the first Tuesday of every month, but maintains flexibility in time and space, so be sure to stay in touch through the mailing list, the Web, and Facebook.

There will be a raffle for all who donate for admission.

After the event, please join us as we treat our readers for dinner and drinks nearby.

Jim Freund is Producer and Executive Curator of The New York Review of Science Fiction Readings. He has been involved in producing radio programs of and about literary sf/f since 1967. His long-running live radio program, “Hour of the Wolf,” broadcasts and streams every Wednesday night/Thursday morning from 1:30-3:00 AM. Programs are available by stream for 2 weeks after broadcast. (Check http://hourwolf.com/, follow @JimFreund, or join the Hour of the Wolf group on Facebook for details.)

The SoHo Gallery for Digital Art (www.sohodigart.com) is dedicated to re-establishing SoHo as an international center for the development of new artistic forms, concepts and ideas. A screens-instead-of-canvases approach allows a wide selection of art from around the world which would otherwise never make it to the City. The SGDA is available for private gatherings and events of all kinds. For bookings call (800) 420-5590 or visit http://sohogallerynyc.com/.

Yesterday the blog, Think Progress, picked up a video from our web site, and before we knew it, Salon, Philly.com, the Huffington Post, and a number of other web sites followed suit. It even spawned a few internet memes.


Perhaps you saw the stories about Pennsylvania Governor Tom Corbett not being able to find Latinos for his staff? Yes, that’s the one. It was prompted by a question Al Día posed to the governor when we had the opportunity to interview him for an hour on May 17.


Read the rest of this column:
http://www.pontealdia.com/columnists/governor-corbett-think-progress-and-the-invisible-latinos.html#.UZ5pqNC8pKc.facebook
Posted by Unknown at 6:20 PM No comments: 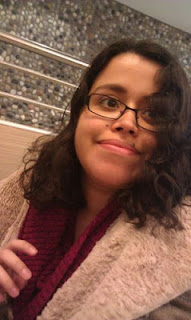