Casting Lord of the Rings, the gender swap and POC version

A week or two ago, I posted Annis' "PicSpammy Casting the Lord of the Rings, the genderswap version" on my Facebook page, after someone I follow on Twitter posted it with the comment that seeing all the women cast in men's roles and vice versa really re-emphasizes how few women roles there are in Tolkien's book and Jackson's movie.

It's true. It does. And it is both interesting and frustrating to note Annis' choices. Because all of the women and men she chose for her gender-swapping version are, like the movie and book, very white. I commented on that in my Facebook posting, and writer-editor Kay Holt soon responded: "Might be fun to put together an all-POC version of this. (Keep the gender-swap, though. It's 100% better this way.)"

So, I did. Here goes — in the same order as Annis' PicSpammy, and retaining its strange omission of Bilbo, my gender-swapped, POC version: 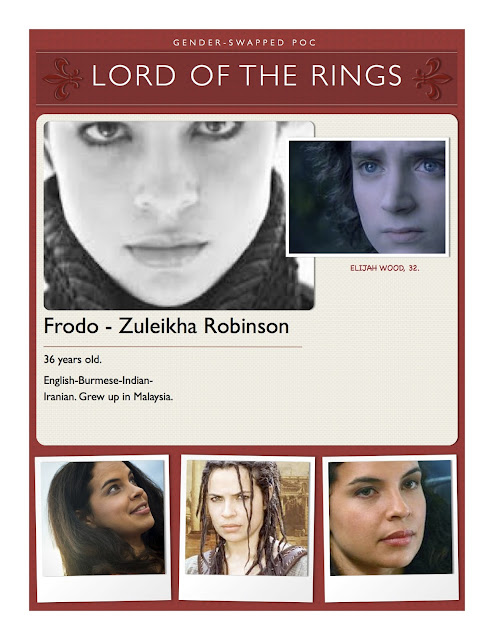 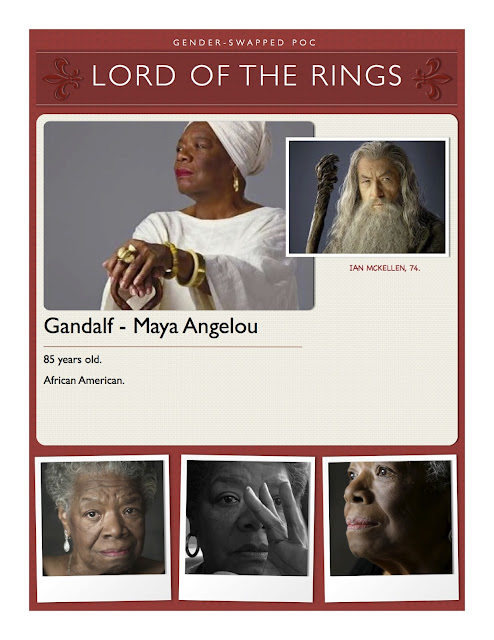 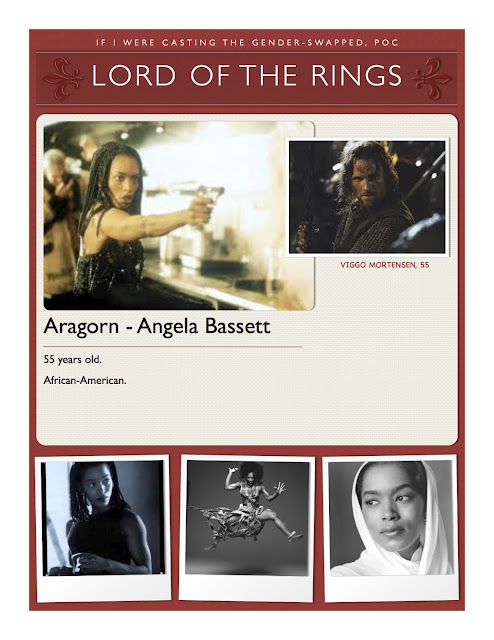 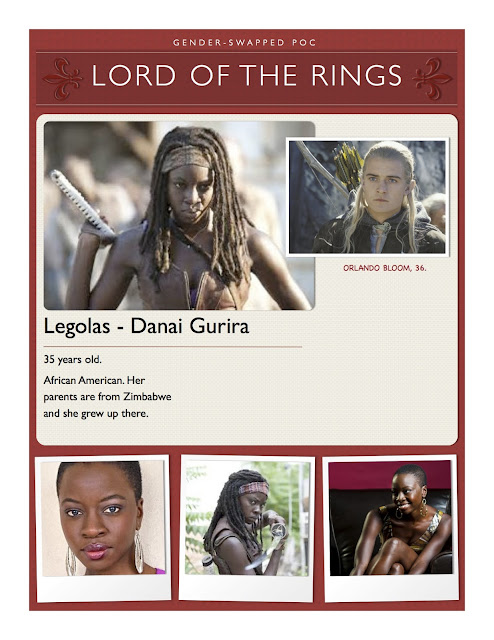 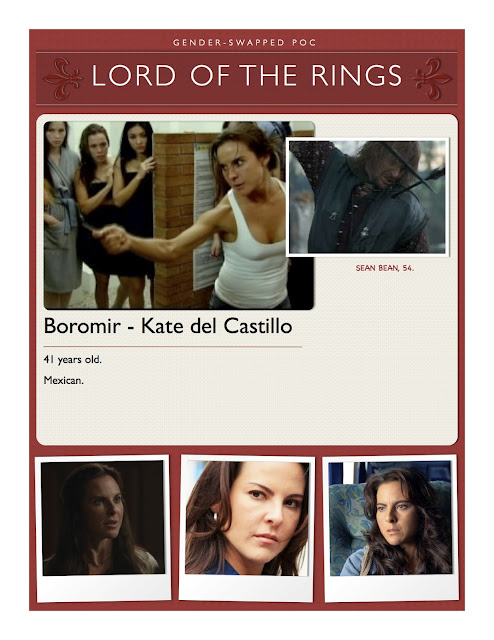 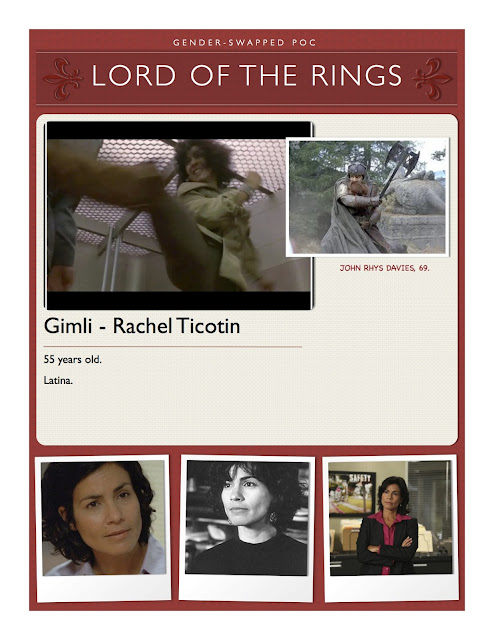 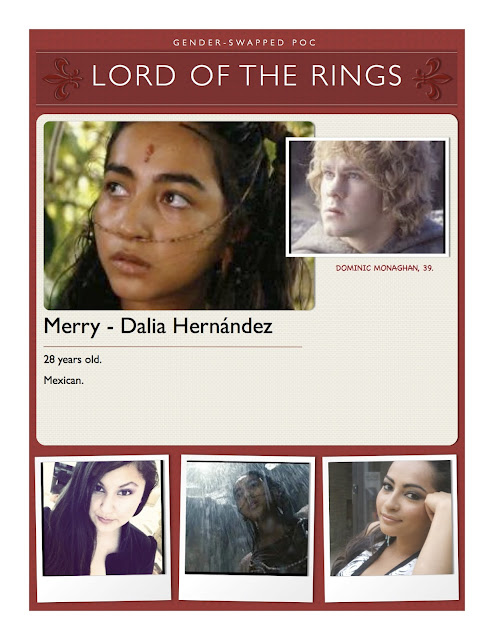 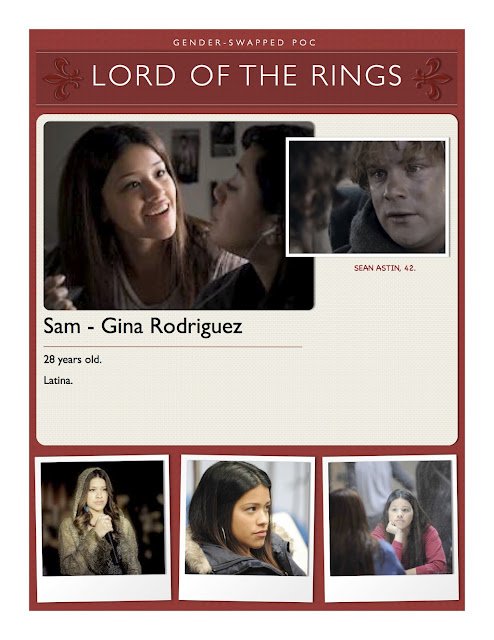 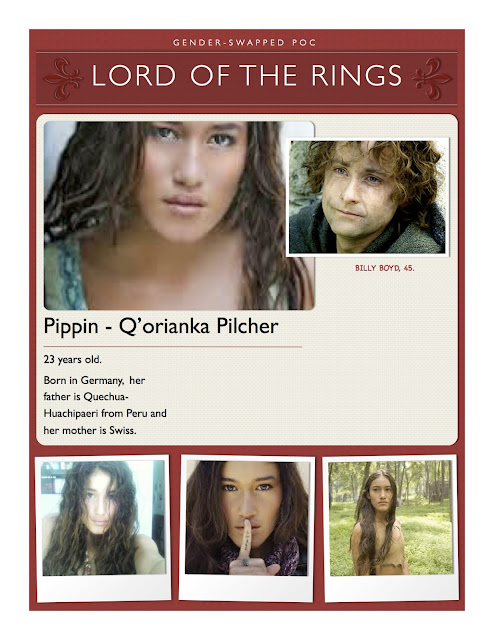 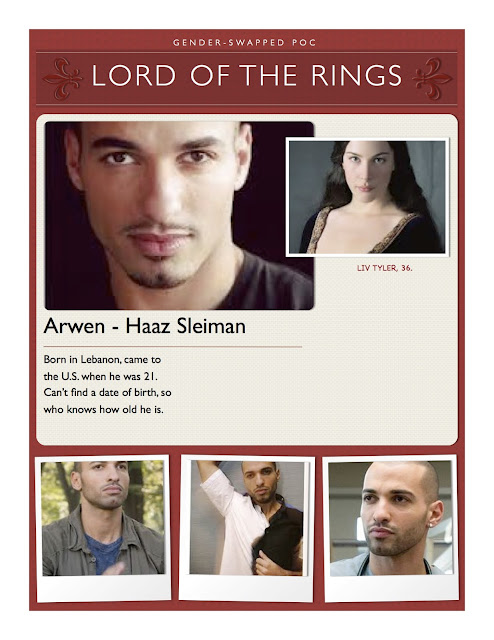 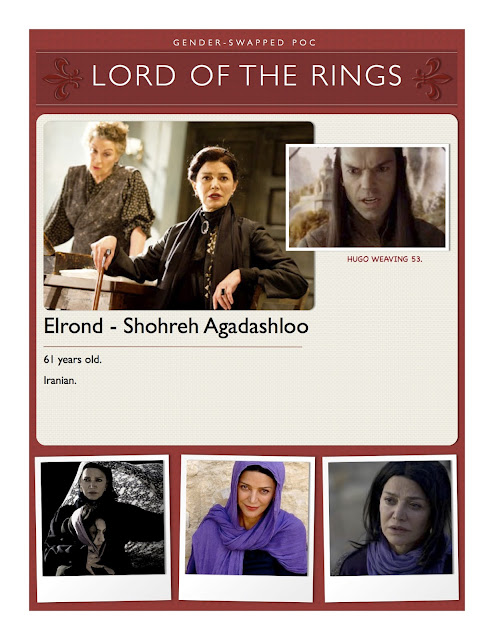 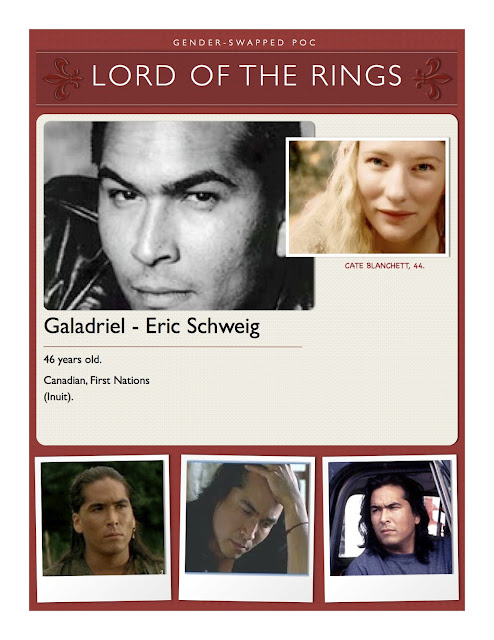 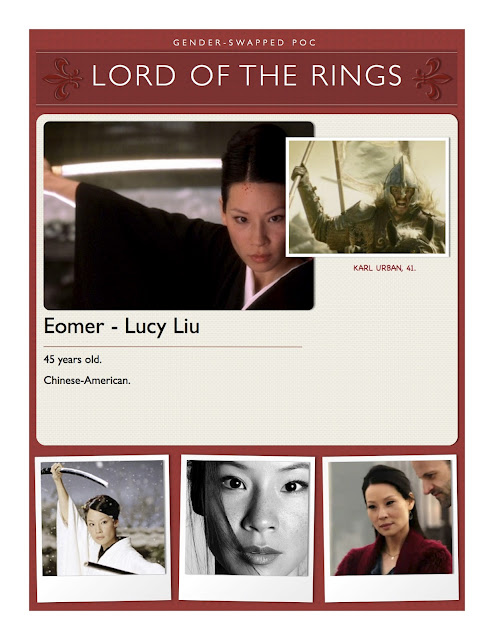 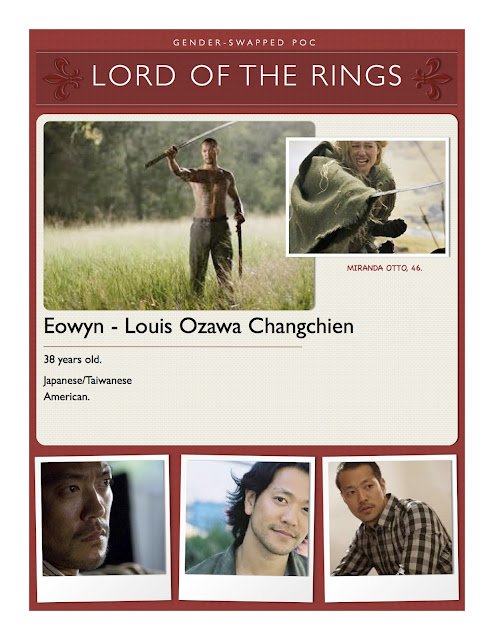 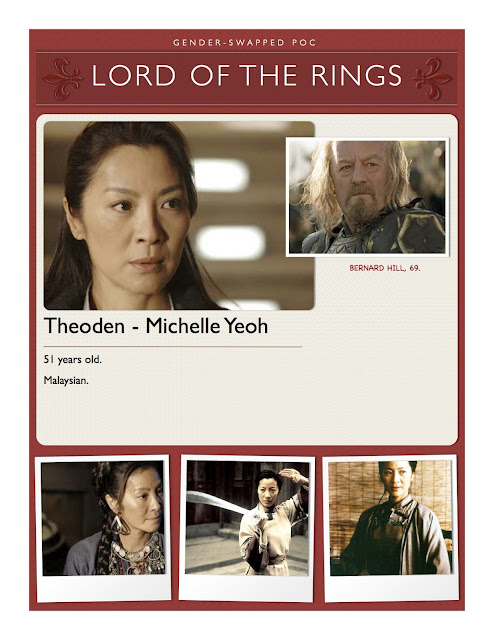 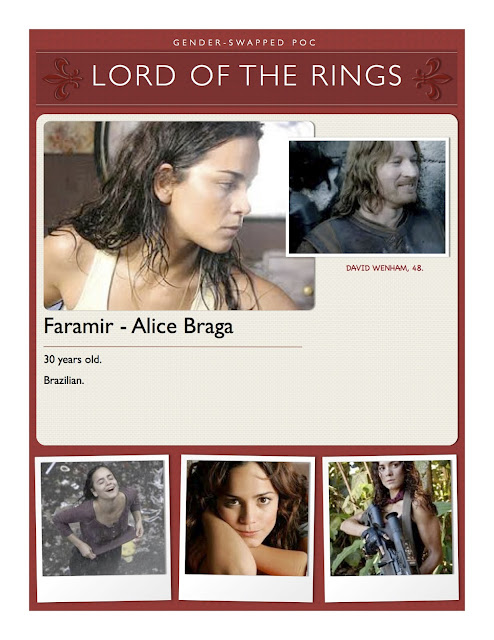 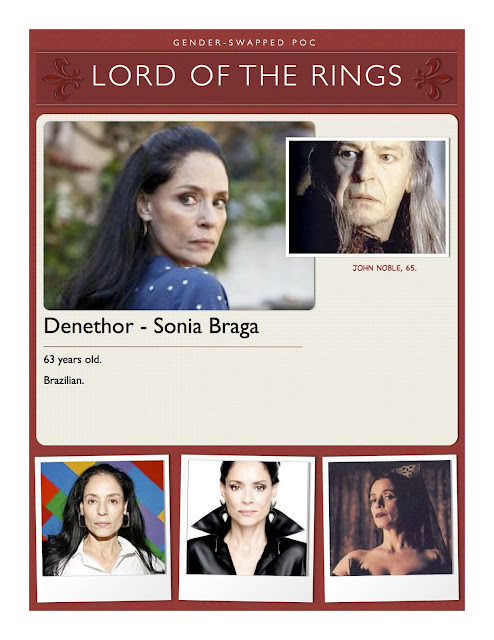 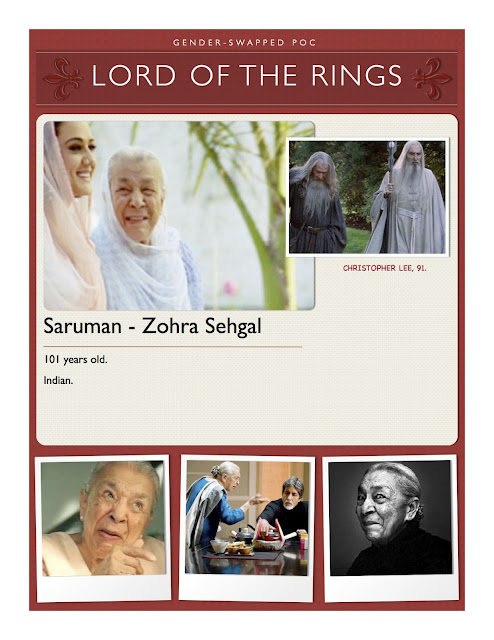 Now, I expect you all to comment (what's the fun of this otherwise?) and signal boost it if you like it.

Updated to correct the PicSpammy/Annis conflation I fell into originally.